Paul came to Memorial Chapel from the small rural community of New Zion, South Carolina, where he was serving at First Baptist Church of Turbevile as youth pastor. He is a native of Sumter, SC where his father has ministered at Southside Baptist Church for the last 25 years. Paul received an associate degree in Natural Resource Management and has worked in the foresrty field along with working in several churches as a Youth pastor for 12 years. Since accepting the call upon his life to enter the pastorate, he has received his Bachelors in Biblical Studies from Covington Theological Seminary. He married Susie Walling Atkinson in 1999 and they have two boys, Levi who was born in 2006 and Max who was born in 2009. Paul enjoys family and the outdoors as well as small town life and feels called to work in the rural community church. 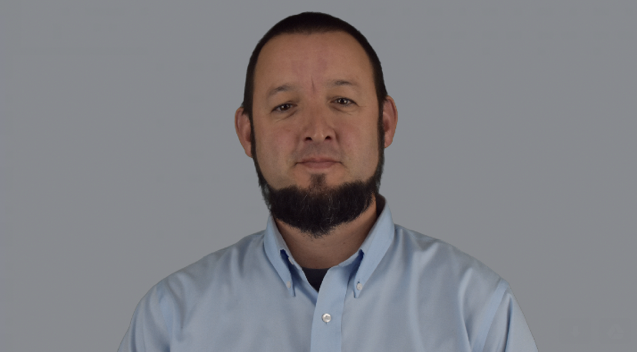 How Paul Atkinson came to Memorial Chapel
is a wonderful story of Gods direction.

Paul originally came to Memorial Chapel as a one Sunday Pulpit Supply speaker in the Spring of 2010 while Memorial Chapel was having CMA pastors candidate for the open pastor position. At the time, Paul was not looking for a church to pastor, he simply wanted to practice as he was in a Baptist Church seminary class.

That morning, Paul brought Gods word to the people of Memorial Chapel in a way so dynamic that many that day felt he was Gods man for Memorial Chapel. There were a few “humanly” problems with what appeared to be God’s man. 1. The board had already chosen a CMA candidate to come come the following week. 2. Paul did not have the required CMA credentials. 3. Paul had a good job, lived 45 minutes away and wasn’t really wanting to be head pastor of a church.

Isn’t it wonderful that Gods plan is great. The board chosen candidate had some issues come up nto allowing him to candidate. Through many weeks of prayer, Paul and his family did feel the tug of God toward Memorial Chapel and decided that if it was truly Gods plan, all the doors would be opened. The church family then voted to wait the 5-6 months for Paul to go the the CMA credentials process so that he would be “qualified” to candidate for the position of Pastor.

Then in the fall of 2011, Paul, his wife Susie and their two boys, Levi and Max finally became part of the family of Memorial Chapel.